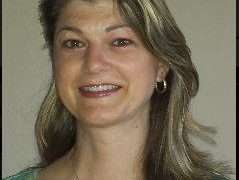 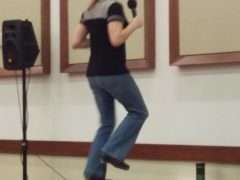 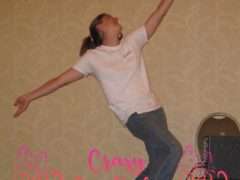 Really, Brianna just loves to dance. She’s been clogging for 32 years, having started in 1986 in a summer camp program.  Less than a year after her first clogging class, Brianna began performing with the Indian River Cloggers.  While with Indian River, she became the instructor for the Shuttle Shufflin’ Cloggers, guest instructor for Harbor City Cloggers, performed on television for the Disney Easter and Christmas parades with the Orlando Cloggers, and choreographed and taught both privately and for local theater shows. In addition, Brianna became a Florida Clogging Council (FCC) certified instructor and taught at the FCC State Convention, as well as other smaller workshops around the state.

After moving on from Indian River, Brianna founded the Speed City Cloggers.  As choreographer and instructor for Speed City, she has taught her routines at the Florida Clogging Council State Clogging Convention, the Sunshine State Jamboree, the Florida Clogging Festival, and numerous workshops in and out of Florida. She also continues to teach privately. Brianna is also the founder of Clogging Exchange, a free website at which cloggers can lend, borrow, buy, and sell new and gently used clogging gear and attire.  Additionally, she is the webmaster for the Florida Clogging Council and has redeveloped the entire website, creating an all-new online experience for Florida cloggers. Finally, Brianna recently restarted the Florida cloggers tradition of the end-of-summer picnic, held at DeLeon Springs State Park.

One last thing:  in addition to loving clogging, Brianna really, really loves cats.  In a perfect world, she would teach cats to dance.  But since cats really do have two left feet, Brianna will keep teaching humans.